EXPERT DIY TIPS
“Fear Nothing Question Everything” Is Key to Success 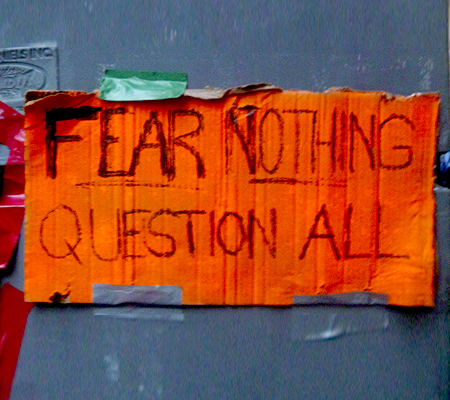 Humans would not have migrated around the world if they didn’t ask, “Whats on the Other SIde of that Hill?” Much less if they were scared to take the trip. Millions of years later, today’s society has us paralyzed in fear. From debt to conforming to “society standards” fearing the unknown and conforming is in the way of your success!

Why are we in fear? The knowledge scientist confirm today were conceived centuries ago. From Pluto to the Mayans with less tools then us, why can’t we rely on our own intuition? The structure we live in has locked us in a box where we’ve all been brainwashed into thinking their’s only ONE way of succeeding. If society truly promoted innovation, we would all be able to live what ever way we want!

Question Everything? This is not meant to put you in a state of paranoia. But it is to say that the only way society has moved forward has been when one person asked, “is there a better way to do this”? Steve Jobs to Ghandi are only two of many innovators that change the course of human history for the better, conformity was not an option for them.

So next time you feel something is getting in the way of your success, you should:

ONE: NOT FEAR IT
TWO: QUESTION a better way of getting to your success.