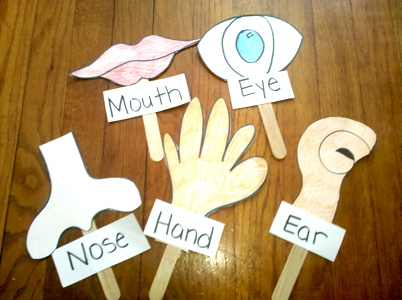 Why do you think everyone wants to be an ARTIST with capital A? Because it involves creativity, a completely natural need by any living species….like those weeds that grow in the cracks of concrete. They have a need to create and recreate.

We humans are no less powerless to the laws of life and thru the history of human kind, we humans use all our five senses to create (plus more senses then 5 but thats another conversation). In the beginning the five senses allowed us to survive nature, today it allows us to survive this economy.

SMELL…who don’t love the calming smell of lavender or uplifting smell of peppermint. This use of smell has created industries like perfumes and aromatherapy but also a large influenced on culinary industry.

TASTE … speaking of American Chief, how is it that we can salivate over a cooking competition? Yes we only get to see it not even smell or taste it but our taste buds are extremely intelligent! Not only do we remember taste but taste is also an indicator of an item being good to eat or not … like our own Jiminy Cricket.

TOUCH…when you think of touch, fashion comes to mind. The hours upon hours and centuries upon centuries of finding the softest silks or freshes cotton, but touch is also used in fields like therapy and holistic medicine.

SOUND … if I had a PENNY for every persons that wants to be a singer or musician, I would afford a ranch! Sound can be considered one of the most powerful senses with its reputation of being the first “thing” that happen in the history of the world (The Big Bang Theory) as well as it’s power to move you into emotions or action with a song or speech. For me sound is how we taught each other, thru sing alongs and call and repeat. Majority of today’s musical artist (not all) don’t realize the responsibility they have with their gift of sound.

COLOR … either as powerful or second to sound, color or vision also plays a major role in the education of humanity but today is used to make you feel hungry (McDonalds ) or go to war (Propaganda posters) … both using the color red. From directors to graphic designers, vision including imagery and color have created multiple industries, all have a large affect on humanity as a whole.

So what do all these senses add up to? EMOTIONS … truly the only thing that moves this world. Yes the world moves on “money” but the flow of money is very much control by emotions. An understanding of how emotions work will always lead you to your senses. So if one of your senses rules your way of thinking and turned you into a Chef, Designer, Videographer or Dancer, know that your role in society is larger then just being an ARTIST … its your destiny to CREATE!